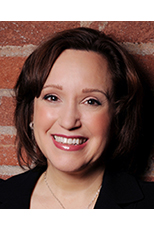 Penny Ellison is currently a co-chair of the board for the Pennsylvania SPCA. She is an Adjunct Professor of Law at the University of Pennsylvania Law School and has taught Animal Law and Ethics and supervised pro bono projects involving animal protection since 2006.

She is a frequent speaker at seminars on Animal Law offered by the Pennsylvania Bar Institute. She also serves as Executive Director of Hand2Paw, a nonprofit organization that connects homeless youth and shelter animals through volunteering and internships. Penny also serves as Circuit Mediator for the United States Court of Appeals for the Third Circuit where she mediates all types of civil cases on appeal.

Penny joined the board in 2012 and became Vice-Chair in 2016. She is also Chair of the government funding and legislation committee and a member of the executive and the governance committees.