“The suffering on location was apparent,” said Nicole Wilson, Director of Humane Law Enforcement. “Puppies with bloodied and infected cropped ears were expected, but the severely injured German Shepherd curled up next to his deceased friend was heart breaking.”

Philadelphia, PA (October 2, 2020) – The Pennsylvania SPCA executed a search warrant, removing a total of 34 dogs, including 15 puppies aged 2-9 months, from a property in Lebanon County on Thursday, October 1, over concerns for their welfare.

The search warrant was executed related to possible illegal ear cropping, allegedly done with scissors, and tail docking of the dogs. However, once on scene, additional acts of cruelty were discovered including animals suffering from untreated medical conditions and sanitation issues. Among the medical concerns were untreated open wounds, some containing maggots, as well as very thin body conditions of a number of the animals.

The Pennsylvania SPCA’s Humane Law Enforcement team executed the search warrant Thursday morning and were still removing dogs into the evening. Three deceased dogs and a puppy were found on the property, and alongside them was a German Shepherd in critical condition. He had infected wounds throughout his body and was rushed back to the PSPCA’s Hospital to receive immediate care.

All animals which were removed from the property were taken to the Pennsylvania SPCA’s Philadelphia headquarters to receive further diagnostics and treatment by the organization’s Hospital Team.

Only a portion of the animals were surrendered to the Pennsylvania SPCA. The animals not signed over will remain in the care of the organization until they are surrendered by the owners or through the courts.

“The suffering on location was apparent,” said Nicole Wilson, Director of Humane Law Enforcement. “Puppies with bloodied and infected cropped ears were expected, but the severely injured German Shepherd curled up next to his deceased friend was heart breaking.”

Anyone with information about this case, or other cases involving animal cruelty, is urged to call the Pennsylvania SPCA’s Cruelty Hotline at (866) 601-SPCA. Tips can be left anonymously.

About the Pennsylvania SPCA

Since 1867, the Pennsylvania SPCA, a non-profit 501(c)3 organization headquartered at 350 East Erie Avenue, Philadelphia, has been dedicated to preventing animal cruelty and rescuing animals from abuse and neglect. The Pennsylvania SPCA's lifesaving programs for animals include a low-cost veterinary clinic, low-cost spay and neuter services, pet adoption facilities, and the Pennsylvania SPCA Humane Law Enforcement Department. For more information about adopting, donating or volunteering, please call (215) 426.6300 or visit www.pspca.org. 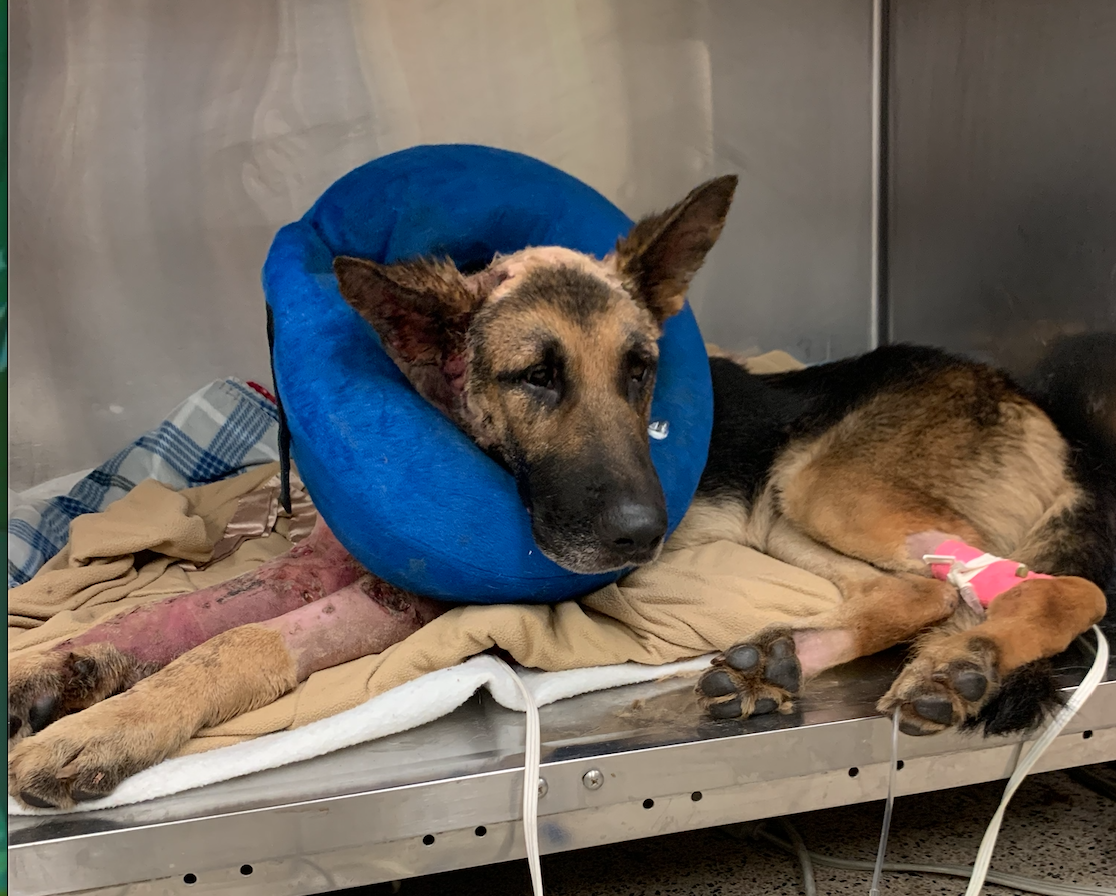